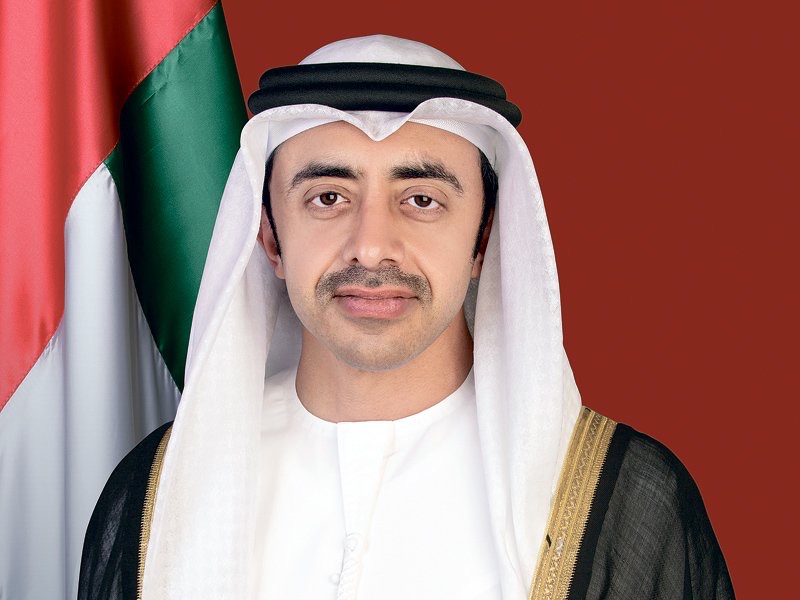 H.H. Sheikh Abdullah bin Zayed Al Nahyan, Minister of Foreign Affairs and International Cooperation and Chairman of the Education and Human Resources Council (EHRC), has chaired the council’s meeting, which was held today via video conferencing. During the meeting, Sheikh Abdullah highlighted the role of digital media in strengthening and advancing the education system, to prepare a generation of professionals capable of leading the digital economy and posting positive Arab media stories and messages, which will consolidate the UAE’s prominent regional and international stature. Sheikh Abdullah stressed that the country’s efforts, which are supported by its leadership, focusing on adopting the latest tools and methods to advance the national education system and improve academic results, noting the major importance of educating new generations about new media principles and skills as part of the education curriculum. He made this statement while the council reviewed a proposal by the New Media Academy on the launch of an advanced academic training programme, which aims to integrate digital skills into the UAE’s education system. Rashid Al Awadhi, CEO of the Academy, spoke about the proposal, which aims to enable teachers to integrate digital media principles and skills into the school curriculum from an early stage, to prepare their students to share and promote media messages that support the country’s process of development, both locally and globally. Jameela Al Muheiri, Minister of State for Public Education, explained the progress of vaccinations in schools, in addition to the roles and responsibilities of relevant authorities, and related requirements and exemptions. She also noted related recommendations, in coordination with relevant health and educational authorities, and stressed the importance of taking vaccinations to create a safe and healthy academic community free of diseases. The council also discussed proposals related to private school students’ performance assessments covering national mandatory subjects, most notably the Arabic language, social studies, Islamic education and ethical education. At the end of the meeting, the council’s members discussed the importance of motivating the academic and administrative staff of national educational establishments, as well as the parents of students, to take the COVID-19 vaccine, to ensure a gradual and safe return to normalcy. They also affirmed the importance of encouraging the employees of public and private establishments to take the vaccine. The meeting was attended by several ministers and officials.