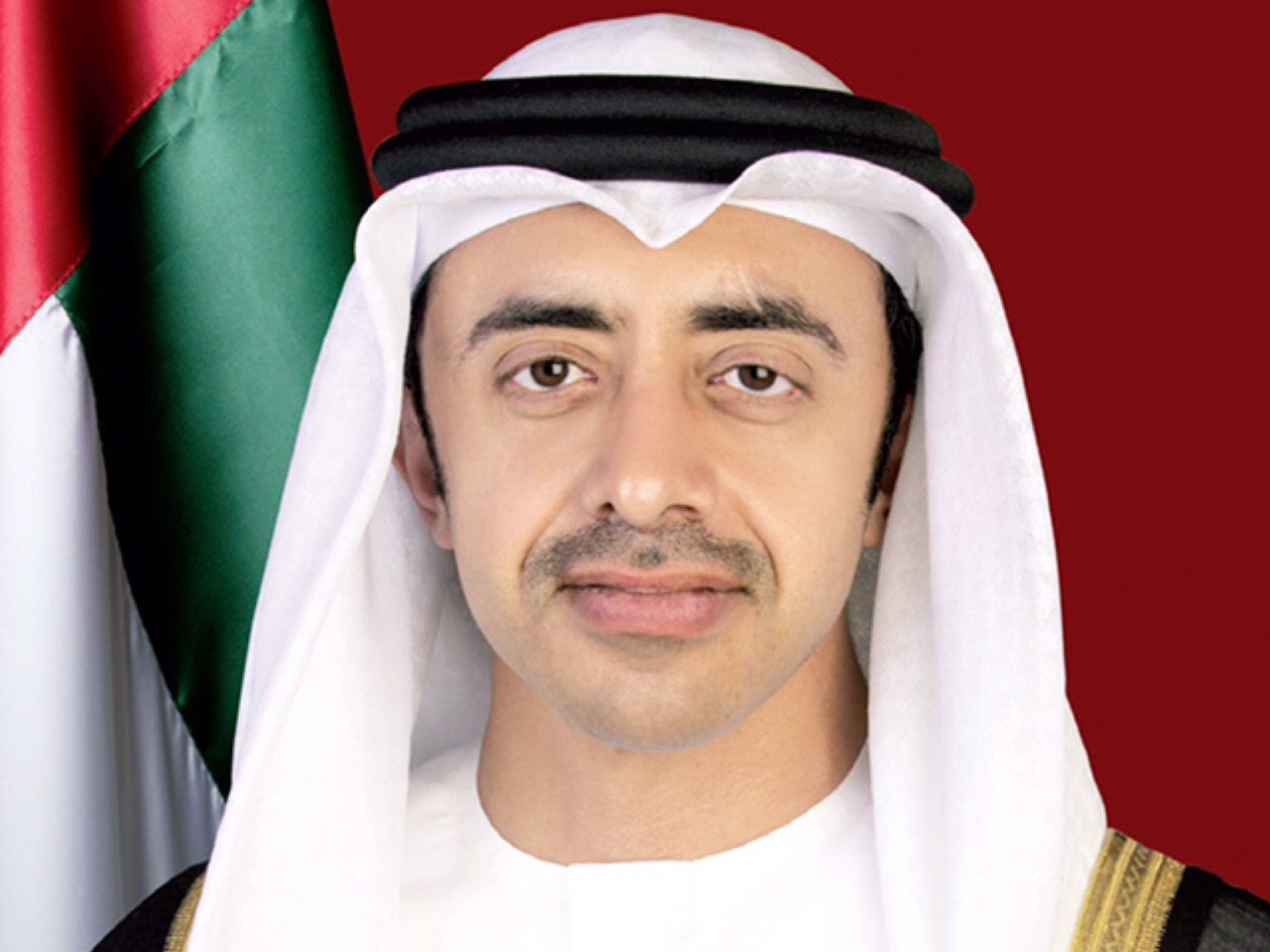 UAE is keen to support and promote the Arab-Chinese cooperation : Abdullah bin Zayed

H.H. Sheikh Abdullah bin Zayed Al Nahyan, Minister of Foreign Affairs and International Cooperation has emphasised the UAE's keenness on supporting and promoting the Arab- Chinese cooperation into wider horizons. H.H Sheikh Abdullah bin Zayed made the remarks while addressing the 9th China-Arab States Cooperation Forum, CASCF, Ministerial Meeting held remotely via video conference today . The meeting was co-chaired by Ayman Al Safadi, Jordanian Minister of Foreign Affairs and Expatriates and Wang Yi, Chinese State Councilor and Minister of Foreign Affairs with the participation of Ahmed Aboul Gheit, Secretary-General of the League of Arab States; a number of Ministers of Foreign Affairs, and high-profile officials. Sheikh Abdullah said,"The UAE is keen to support and promote the Arab-Chinese cooperation and to expand this relationship to broader horizons. From this standpoint, the United Arab Emirate’s participation in the 9th Arab-Chinese Cooperation Forum Ministerial Meeting, and the participation of the UAE in the Ministerial "Belt and Road International Cooperation" meeting in June 2020, reflects the keenness of our leadership to strengthen and activate the mechanisms of a joint Arab cooperation with the People's Republic of China." H.H. extended his warmest congratulations to the Hashemite Kingdom of Jordan on assuming the presidency of the 9th Arab-Chinese Cooperation Forum Ministerial Meeting, and express his sincere appreciation for the efforts made to prepare for this virtual meeting in light of the current circumstances facing the world due to the Covid-19 pandemic which needs to increase international coordination and cooperation. The UAE Minister of Foreign Affairs and International Cooperation also extended thanks the People's Republic of China for the medical aid provided to the UAE, and for the cooperation between the UAE and China in combating this pandemic, as well as the bilateral cooperation between our two countries in developing a vaccine that limits the spread of Covid-19. Sheikh Abdullah said, ''We, in the UAE today, express our pride and admiration for the distinguished level of our relations with China while commended the strategic partnership between the two countries and joint cooperation in all fields, including the medical sector, and non-oil trade. The visit of His Highness Sheikh Mohamed bin Zayed Al Nahyan, Crown Prince of Abu Dhabi and Deputy Supreme Commander of the UAE Armed Forces, which came in conjunction with the celebration of the 35th anniversary of the establishment of diplomatic relations between our two countries reflected the importance that the two friendly countries attach to the Comprehensive Strategic Partnership agreement between them, he said. Sheikh Abdullah referred that the UAE-China Economic Forum was held in July 2019 under the theme "Sustainable Partnership and Sustainable Investment" under the framework of a partnership that has continued for three decades, and advanced to a strategic level that includes 13 major fields and sectors. Moreover, the volume of non-oil trade exchange between the UAE and China in 2019 reached more than US$ 50 billion. He indicated that there is no doubt that this forum has contributed to enriching the Arab-Chinese relations, and in creating common positions aimed at achieving the growth and prosperity for both the Arab and friendly people of China, which enhances the security and stability of the region. He emphasised that the UAE looks forward to additional opportunities to enhance the Arab-Chinese relations and achieve further consensus between the two sides in support of the Arab positions in international fora. Sheikh Abdullah underscored ''that achieving security, stability and reaching peaceful solutions to existing disputes and conflicts, alleviating human suffering on the peoples of the region, especially the Palestinians, in addition to the Libyan, Yemeni and Syrian crisis, as well as backing the peace process in the Middle East require joint and collaborated action.'' Sheikh Abdullah clarified, "We hail China's support for the demands of the UAE in the issue of the three occupied UAE islands by Iran (Abu Musa, and the Greater Tunb and Lesser Tunb) to reach a peaceful and fair settlement with Iran by peaceful means through direct and serious bilateral negotiations in accordance with the principles and rules of international law, including the acceptance to refer the case to the International Court of Justice." He added, "The UAE reaffirms its support to the People's Republic of China in the "One China Principle" and respect for China’s "one country, two systems" model. The UAE also commends the efforts of the People's Republic of China towards the Muslim minority in the Xinjiang region." H.H. reaffirmed, "We stress the importance of combating the scourge of extremism and terrorism together, and reiterate that our common vision towards terrorism to achieve security and stability in the region and the world. We also underscore the need to work together to secure the freedom of navigation, international trade, waterways, energy supplies, and contribute to international peace and security." Sheikh Abdullah said "We express our sincere hope that the final outcomes of this ministerial session will reflect the distinguished level of the Arab-Chinese relations" We look forward to the constructive cooperation between our friends from both the Arab and the Chinese sides today in order to achieve the desired goals of this distinguished forum and meet the aspirations of our leaders, he concluded